Young Voices from the Saudi Kingdom

Bridging the Gap—But How? This is me!

Between 2006 and 2008, Women without Borders (WwB) and King Saud University collaborated to survey 4,400 students across the country in order to determine the new generation´s hopes, dreams, and challenges. This study, the first to explore the attitudes of educated Saudis, revealed: fewer than half of Saudi women and just over half of their male counterparts believe that education will help them secure jobs; over 70 per cent of women and men believe that traditional approaches to learning suppress critical thinking; attitudes towards gender roles remain mixed, but a majority believe that change in women’s rights is inevitable.

While the Kingdom of Saudi Arabia was spared the degree of unrest that swept across many other countries in the region throughout the years leading up to the Arab Spring, the country faced many of the same socioeconomic ills that helped to spark uprisings elsewhere. Saudi Arabia was also affected by a massive youth bulge, high unemployment, an education gap, and gender inequality. Against the background of these socioeconomic and psychosocial challenges, Women without Borders (WwB) initiated an in-depth research project to explore gender attitudes of university students in Riyadh, Al Qassem, Dammam, and Jeddah.

The resulting ‘Bridging the Gap’ survey, supported by the Austrian Science Fund (FWF), helped to shed light on the needs, hopes, and dreams—as well as the setbacks—of the young generation in Saudi Arabia, a country that was still widely unexplored by and inaccessible to social scientists at the time. Over the course of two years, WwB surveyed 4400 male and female students enrolled at the universities of King Saud, King Abdul Aziz, Dar el Hekma, Al Qassim, and King Faisal.

Based on the premise that gender roles are changing in women’s favour, the research survey asked the following questions: How can Saudi Arabian women participate in and contribute to their society, and how can they operate as a visible force for positive change? How do their male counterparts perceive these changes, and how are they adapting alongside the educated women in a continuously changing society?

The study revealed that a mental shift is emerging that is oriented towards a new model of societal roles based on professional options and self-fulfilment. The young women’s perspective on life planning was remarkable: the women’s perception of their own potential and desire for self-realisation was stronger than their individual experiences of social exclusion and clearly defined social limits. Saudi women were most concerned about the causal relationship between how much freedom their society would grant them in the foreseeable and how they would utilise their qualifications to realise their personal and professional aspirations.

With respect to young Saudi men, the results of the survey showed that despite supporting equal opportunities in general, women still faced widespread resistance to change and full inclusion. A majority of the male students were opposed to the involvement of women in political life. While men expressed an interest in change and showed a willingness to play a supportive role, they were not fully aware of how the lives of women and men would need to be altered to accommodate such adjustments. At this stage in their lives, they had not yet made the transition from theoretical support to practical implementation. Young men need more education to prepare them for the functional aspects of role sharing. This task, as the study found, posed a significant challenge to the individuals involved and demanded the attention of education and government policy strategists.

The study provided new insight into how a growing group of educated women positions itself in an environment governed by religious and traditional expectations. This young, educated female segment of Saudi society proved to be only half as confident as their male counterparts. Considering the context of a society operating on rigid perceptions of gender roles, it appeared to mark a promising development that a high number of female students now viewed a successful career as part of their life plan. These women have positioned themselves as an interesting resource for national and international companies, since Saudi also feels the pressures of a global market economy. On a private level, the study highlighted that most women are not alone in seeing that progressive men should be equal partners in family life; a high percentage of men also have this outlook.

With a view to the future, the study showed that young graduates would clearly benefit from winning over the young men of Saudi by developing and presenting convincing arguments for female inclusion. Young women will need to be prepared to face resistance and institutionalised barriers. Arguments for gender equity need to be put forward more effectively so that Arab men feel that they have something to gain from giving up their traditional privileges, while young women will need training and strategic tools to prepare them for the challenges ahead.

Individual experiences of social exclusion, as the survey revealed, are still a central theme, but egalitarian tendencies that will hopefully create a new reality are gaining importance in the life of young Saudis. The hopes of young women in higher education are likely to positively influence the professional terrain, and to reshape Saudi Arabia’s image from within. 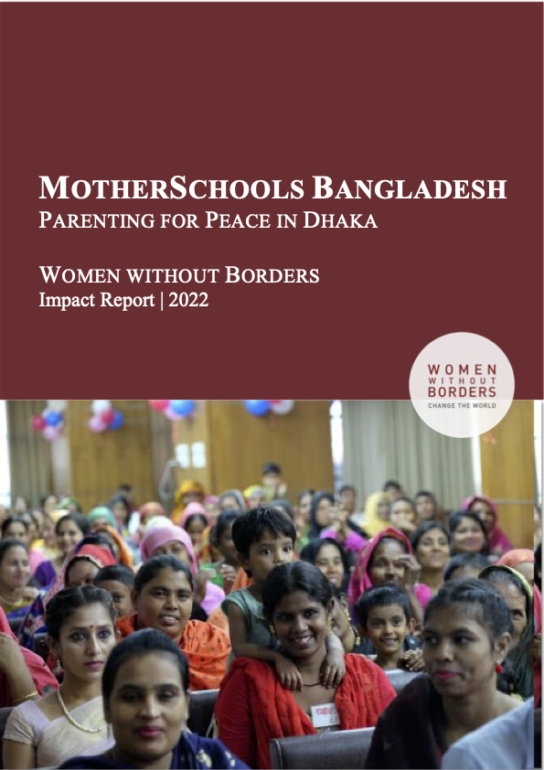