Parenting for Peace in Vilvoorde and Antwerp

Despite widespread concern about violent extremism and radicalisation around the world, prevention strategies often neglect vital tools: communities, families, and mothers of at-risk children. In the hopes of redressing the balance, Women without Borders (WwB) developed the ‘MotherSchools: Parenting for Peace’ Model, which aims to empower mothers to play an active role in the prevention of radicalisation and the building of community resilience. Responding to the high degrees of affectedness in Belgium’s communities of Vilvoorde and Antwerp, WwB and its local partner CEAPIRE joined forces to implement WwB’s MotherSchools programme.

Belgium is considered to have produced one of the highest rates of European foreign fighters. By 2016, some 130 individuals apparently had returned, 77 had died fighting, and over 200 remained in Syria. Reports regarding the radicalisation of young people in Belgium show that recruiters often are found in the streets of Antwerp, Molenbeek, and Vilvoorde. Using both offline and online means, ISIS/Daesh recruiters singled out and targeted the Moroccan community in particular. From among the Belgium youth, some 30 were recruited from Vilvoorde alone.

Following this wave of departures and seeking to strengthen and re-build family and community resilience in some of Belgium’s most affected cities, Women without Borders (WwB) and its local implementing partner Centre of Expertise and Advice for Prevention and Intervention of Radicalisation and Extremism (CEAPIRE) rolled out the MotherSchools Parenting for Peace in Belgium project with the support of the US Embassy in Belgium between 2018 and 2019. Ahead of the programme implementation, WwB trained 13 Teachers and Notetakers on the ground, 6 of whom went on to deliver and observe the sessions in Vilvoorde and Antwerp. Thirty-one mothers ultimately went through the programme.

The keynote speakers emphasised the importance of the mothers’ role in addressing radicalisation and the importance of institutional support in building local capacities with the skills to handle this threat. All of the participants received certificates to honour their commitment to safeguarding their families and communities from radical influences.

As part of the film component of this project, Women without Borders team members captured the reactions of MotherSchools Actors and supporters in attendance. The four short films that WwB produced showcase impressions from the ceremony, reactions from the wide range of attendees, and include features of WwB’s local partner Cherif, Vilvoorde Notetaker Nassira, and Vilvoorde Teacher Saida. 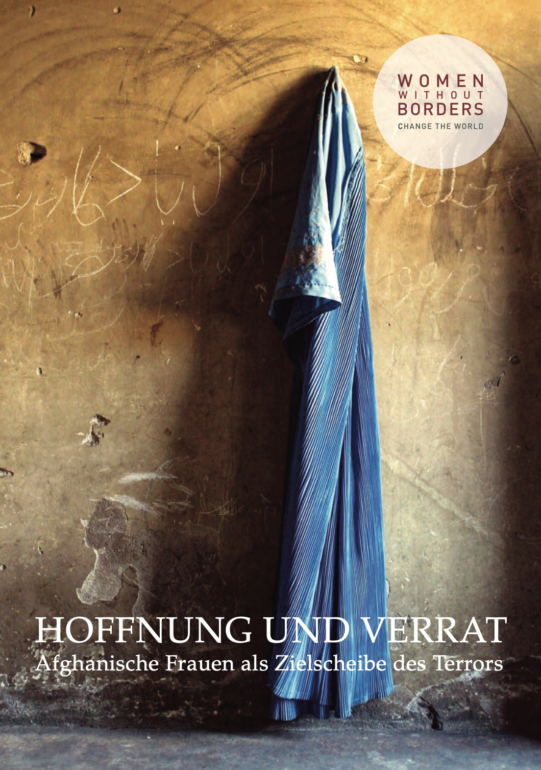