Learning to Live Together

Learning to Live Together

An Austrian research study exploring the perceptions and attitudes of students, teachers, and parents on the topic of pupils with migrant and Muslim backgrounds

Challenging Islamophobia Living together, but how? Learning to Live Together

In an effort to highlight the successful integration of migrants with Muslim backgrounds, Women without Borders (WwB) conducted two studies between 2007 and 2009 that ran in parallel across nine schools and four provinces in Austria. The project focused on the daily lives of students with and on students without migrant Muslim backgrounds. The studies captured students’ interactions with parents and teachers, and, in turn, recorded parents’ and teachers’ perceptions of one another. Viewing the successful integration of migrants as vital to advancing the fabric of Austrian democracy, WwB aimed to foster intercultural dialogue and deepen mutual understanding through its ‘Learning to Live Together’ studies.

Each year, political turmoil and wars displace a high number of individuals living in Muslim-majority countries. Refugees who intend to re-start their lives in Europe often are confronted with intercultural tensions, tend initially to face language barriers, and generally have to contend with increasingly prevalent societal mischaracterisations and projections of the ‘typical Muslim’. The resulting and heightened levels of distrust have had a dampening effect on meaningful discussions. Since mutual respect, dialogue, and social inclusion are preconditions for the successful integration of migrants of any background, schools are the ideal setting to advance a more positive and inclusionary culture; they provide students with a common educational foundation. At school, pupils at an early age are able to build meaningful relationships with individuals from a range of different backgrounds before prejudices towards and mischaracterisations of ‘the other’ have the chance to take root in the minds of the youth.

In an effort to further understand the dynamics between teachers, students, and their parents from both migrant and non-migrant backgrounds, Women without Borders (WwB) conducted two studies entitled ‘Learning to Live Together’, which ran in parallel in the Austrian provinces of Vienna, Upper Austria, Tyrol, and Vorarlberg between 2007 and 2009. With the backing of the Austrian Federal Ministry of Education, Arts, and Culture (BMUKK), WwB visited nine different schools to hold group discussions with and survey a total of 23 teachers and directors, 18 sets of parents, and 119 pupils between the ages of fourteen and eighteen. Based on the group discussion transcriptions and individual surveys, WwB completed a qualitative analysis to identify the perceived challenges of the participants.

The first part of the study focused on participants as individuals, how they viewed their future, and how they believed to be perceived by others. Students in particular were asked about subjects including life at school, discrimination, education or training and desired careers, family planning, religion, marginalisation, and dreams and aspirations. Individual and group discussions provided deep insight into shared and divergent perceptions and attitudes. In framing the survey in the abovementioned terms, WwB aimed to document the daily realities of students with and without migrant, Muslim backgrounds in Austria, and to identify problematic group dynamics and prejudices among peers.

The second of the research studies explored interactions among parents with migrant backgrounds, their children as students, and the pupils’ teachers. This part of the project sought to determine whether communication between teachers and the parents of students with migrant background represented the ‘missing link’ with respect to fostering mutual understanding and supporting the integration process. Previous research has indicated that this group of parents tends to appear less frequently at parent-teacher consultations and other school events. Mothers, often confined to the home, generally were unable to engage in daily school activities. Fathers, on the other hand, tended to avoid interacting with teachers of the opposite gender. By investigating student, teacher, and parental attitudes and experiences, WwB aimed to shed light on and address the root causes of related conflicts in the school environment. 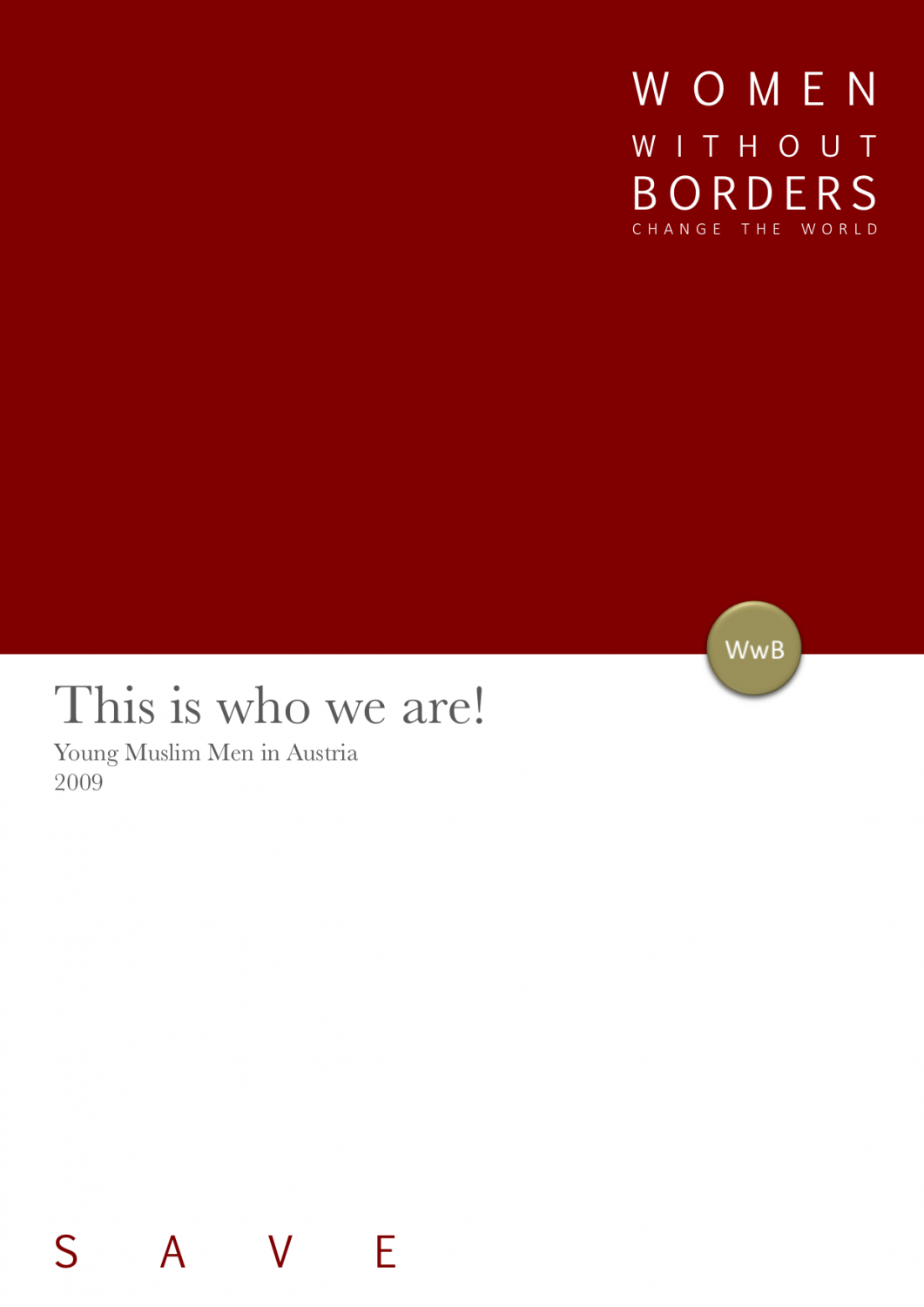