This is Us! This is Who We Are!

In order to provide a platform for young men to challenge Islamophobic media portrayals and share personal perceptions, ambitions, and grievances, Women without Borders (WwB) initiated the Austrian ‘Challenging Islamophobia’ research study in 2008. This action-oriented research project comprised surveys, in-depth interviews, and group discussions with some 1050 Austrians with and without Muslim backgrounds to explore perceptions and realities of cultural integration, and to encourage intercultural engagement, promote mutual understanding, and overcome baseless, preconceived notions of the ‘other’ that are rooted in prejudice and not in experience.

A marked growth in Islamophobia, brought about and perpetuated in large part by media misrepresentations and a prevalent political culture of fear across an increasing number of democracies, has had the alarming effect of normalising Islamophobic sentiments. Citizens and immigrants with Muslim backgrounds have been subjected to a degree of discrimination that has led to real and perceived feelings of isolation among many. The psychological pressure that young men are having to endure as a direct result has brought with it a heightened risk of self-isolation and further discrimination.

In an effort to stem the tide of rising Islamophobia across Europe, Women without Borders (WwB) ran its ‘Challenging Islamophobia’ research project between 2008 and 2009. With the backing of the Austrian Federal Ministry for Labour, Social Affairs, Health, and Consumer Protection (BMASK), this action-oriented study included surveys, in-depth interviews, and focus group discussions with 1050 male youth between the ages of fifteen and twenty-five of whom some 419 had Muslim backgrounds and 631 had ‘other’ religious or no religious backgrounds. A proportionate number of individuals across all of Austria’s nine provinces were included in the study. The questionnaires and discussions focused on their hopes, aspirations, and feelings with respect to societal acceptance and integration.

The study’s results revealed how men with Muslim backgrounds felt that they had been disadvantaged and marginalised from an early age, which in turn had led to a greater degree of self-isolation. In general terms: they tended to question their ability to fit in with fellow Austrian citizens; most feared that they would be unable to secure a meaningful job; the vast majority experienced added pressure at home; and their parents tended to plan their futures for them while their personal ambitions and preferences were largely ignored.

While most of the young men who partook in the study felt inherent tensions between Austrians with and Austrians without Muslim backgrounds, both groups welcomed the idea of a greater degree of interaction with one another. These two groups also had in common the teenage struggle to define, navigate, and negotiate identity. The universal nature of these developmental stages, which defy cultural and religious boundaries, provided participants from different backgrounds with an opportunity to bond and get to know one another.

Through the ‘Challenging Islamophobia’ research project, Women without Borders identified the respective struggles and shared challenges of young Austrian men with and without Muslim backgrounds. The study provides an evidence-based foundation with which to contest popular misconceptions and challenge Islamophobic media portrayals. This intercultural dialogue initiative reinforced how mutual understanding, respect, and a willingness to get to know one another are vital ingredients for breaking down misconstrued and anti-democratic notions of ‘the other’. 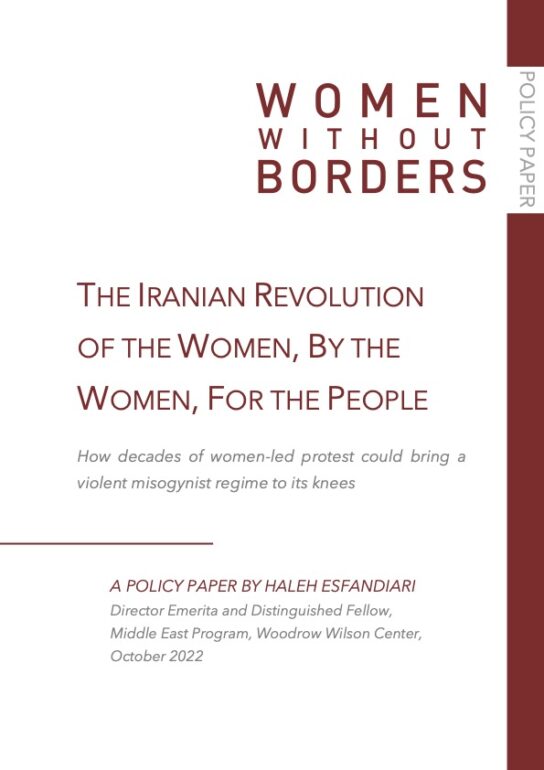