To present violent extremism from the perspective of concerned and affected women at the local level and challenge popular confusions in the process, Women without Borders (WwB) spent two years meeting with the mothers of perpetrators or attempted perpetrators across India, Nigeria, Pakistan, Palestine, England, and Northern Ireland. Three of the mothers interviewed share their painful feelings of failure as they piece together their children’s descent into extremism in WwB’s documentary entitled ‘Your Mother’. Their messages are intended for other mothers and families who are struggling to protect their children, and for youth, teachers, policymakers, religious leaders, and others engaged in the PVE sphere. The mothers represent agents of positive change in WwB’s growing global Sisters Against Violent Extremism (SAVE) network.

Over the past few years, global approaches to preventing violent extremism (PVE) increasingly have considered underlying societal issues and previously neglected groups. With governments seeking to bolster soft power strategies, women gradually have moved into the line of sight of organisations and governments. While leading the effort of researching the potential of mothers in grassroots prevention work, Women without Borders (WwB) also has been engaging in related awareness raising and the alternative narratives space with a view to bringing the stories of affected mothers to the attention of other mothers who have expressed concern about recruitment and radicalisation in their communities.

In the hopes of better understanding the process and dynamics of local-level radicalisation, WwB spent two years meeting with mothers from India, Tajikistan, Pakistan, Palestine, England, and Northern Ireland whose sons and daughters committed or attempted to commit acts of violent extremism. As a part of WwB’s growing global network of Sisters Against Violence Extremism (SAVE), these mothers represent potential agents of prevention, intervention, and positive change. WwB’s SAVE network team collected data, recorded the mothers’ testimonies, and produced the ‘Your Mother’ documentary film, which acted as a basis for future WwB workshops.

‘Your Mother’ captures the stories of affected mothers in Palestine, France, and the UK. Beyond discussing how their children’s choices have torn apart their lives, the film challenges the myth of the ‘proud Jihadi mother’. Yet primarily the film is intended for concerned mothers, and thus as a unique audio-visual tool for promoting awareness and dialogue in at-risk communities. In order to sensitise mothers to their potential in safeguarding their families and communities against violent extremist ideologies, WwB created an accompanying film pack that contains discussion guidelines.

Women without Borders has screened ‘Your Mother’ at MotherSchools trainings, international presentations, and school campaigns across twelve countries. The documentary also has been shown in nine priority police regions in the UK in the context of a series of train-the-trainer workshops that included professionals and volunteers working in prevention, de-radicalisation, and law enforcement. The interactive workshops introduced the MotherSchools movement and Parenting for Peace philosophy by teaching techniques in creating safe spaces for dialogue and encouraging female leadership. Police officers were enthusiastic to have a tool to reach women who often are overlooked in PVE efforts. WwB seeks with this film to inspire concerned mothers to act and experience how alternative narratives can help affected mothers to move from victimhood to agency on the one hand, and challenge popular confusions on the other hand. 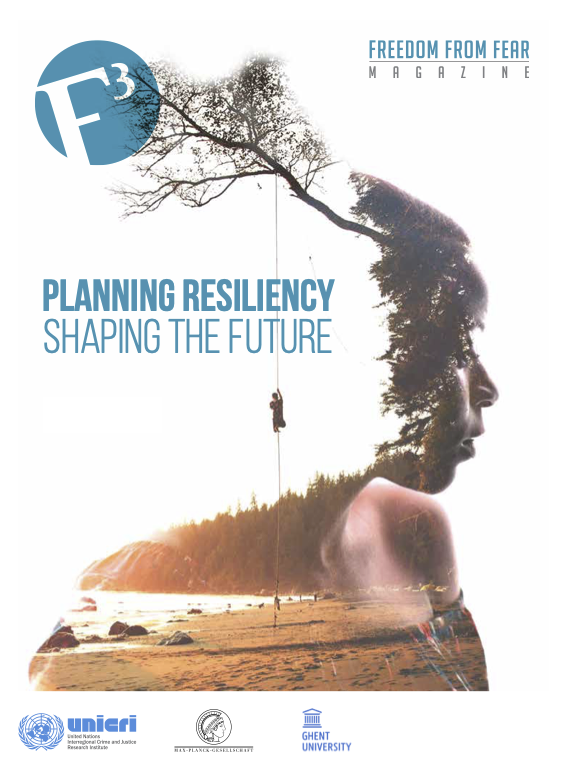