Parenting for Peace in Bavaria and Hessen

Despite widespread concern about violent extremism and radicalisation around the world, prevention strategies often neglect vital tools: communities, families, and mothers of at-risk children. In the hopes of redressing the balance, Women without Borders (WwB) developed the ‘MotherSchools: Parenting for Peace’ Model, which aims to empower mothers to play an active role in the prevention of radicalisation and the building of community resilience. MotherSchools Germany was launched after the Bavarian government reached out to Women without Borders to explore the possibility of bringing the MotherSchools Model to Lower Franconia. To date there have been six rounds of MotherSchools in nine locations and approximately 400 women from a range of backgrounds, including a group of women who had come to Germany as refugees from Syria, have taken part.

Extremism has gravely impacted on Germany’s modern era. From the rise of the National Socialist Party in the 1930s to the Red Army Faction, an extremist left-wing cell that carried out bombings and kidnappings in the postwar period, violent extremism has found an expression on both ends of the political spectrum. While radicalisation became significantly less prevalent towards the end of the twentieth century, extremist ideologies are once again on the rise. A number of terrorist attacks in recent years as well as an increase in recruitment by Islamist groups abroad have made radicalisation a major concern in modern Germany. Various prevention strategies are in place across the country, but more needs to be done to develop a cohesive, community-based approach that focuses on preventing rather than merely combatting violent extremism.

Women without Borders’ (WwB) ‘MotherSchools: Parenting for Peace’ Model, with its proven track-record in building community resilience around the world, offers a viable way forward. With the potential to help mothers contribute to preventing violent extremism (PVE), it is also a pioneering scheme that aims to include demographics which usually are neglected in PVE policy and decision-making.

In recent years, more than a thousand young men and women have left Germany to join Islamist terrorist organisations, primarily in Syria and Iraq, most of them under 30 years old. At the same time, a Salafist infrastructure has developed in Germany in recent years, which is dedicated to a wide range of activities, but above all to youth work. But radical anti-democratic ideologies are also finding their way into young people’s rooms, toxic messages that promote black and white thinking and extremist worldviews. The aim of the MotherSchools is to counteract the radicalisation of young people through mothers.

Since the beginning of MotherSchools Germany, the programme has engaged some 400 women with many more to follow. The MotherSchools groups have included participants from a range of cultural and socioeconomic backgrounds, including women with migrant backgrounds and a group of mothers who had moved to Germany as refugees from Syria or Iraq.  Some groups were also partially conducted in Turkish and Arabic so that participants could express themselves with greater ease and more freely.

The programme began in Germany in 2017 with MotherSchools groups convening in four Lower Franconian locations. Between 2018 and 2020, WwB implemented another three rounds, introducing two new regions with groups in Augsburg and Nürnberg in 2019 and Hessen in 2020. The fifth iteration rolled-out in 2021, expanding its impact in the region of Bavaria. WwB are currently implementing a sixth roll-out in Darmstadt, allowing MotherSchools to continue growing within Germany. The following sections outline further details of MotherSchools in Germany, as it has progressed since 2017.

After the successful implementation of two groups in 2021 with participants coming from Afghanistan, Women without Borders will open a new region in 2022, Darmstadt, Hessen. Together with its local partner Rumi imPuls e.V. two groups will be implemented from May onwards.

In 2021 the MotherSchools movement in Bavaria continued to grow. In addition to Augsburg, the prevention program was also implemented in Regensburg and Passau. Due to the Covid-19 pandemic, the graduation ceremonies took place in small groups and online.

A second generation of MotherSchools participants graduated from the programme in late 2018.  In 2019 Women without Borders moved on to open up a new region and the MotherSchools were implemented in Augsburg and Nürnberg. Whilst the graduates from 2019 could celebrate their graduation in the impressive city halls of Augsburg and Nürnberg, the classes of 2020 were invited to a virtual graduation due to the Covid-19 pandemic.

In 2020 Women without Borders also got the chance to implement the prevention model in another region of Germany, Hessen, a region that has been fighting the phenomenon of extremist radicalisation for years.

Recognising the significance of the MotherSchools Model, local government in Bavaria reached out to WwB to explore the possibility of bringing the Model to Lower Franconia. Preparations started in early 2017 and four MotherSchools groups were launched in September in Aschaffenburg, Erlenbach/Main, Schweinfurt, and Würzburg. 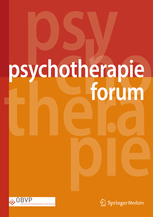