In November 2010, Women without Borders (WwB) launched the dialogue exchange ‘India, Pakistan: Political Conflict Resolution Starts at Home!’ in Mumbai as a part of its global Sisters Against Violent Extremism (SAVE) network of projects. Leading Indian and Pakistani female experts, activists, and academics whose lives had been affected by violent extremism engaged in a cultural dialogue in order to address the prevalent culture of mutual suspicion and fear straining the relationship between their two countries. This bridgebuilding process contributed to laying the foundation for future dialogue and collaboration by developing alternative narratives, reducing tensions, and deconstructing prejudices among participants. Four of the women who attended subsequently travelled to Vienna to present and discuss the outcomes of their dialogue in public and in front of representatives of the Austrian government.

Relations between India and Pakistan have been defined by territorial struggles over Kashmir since 1947. While negotiations at the highest political levels have fallen short of securing a peaceful solution, polarising media portrayals, politically-engineered narratives, and the human cost of the ongoing conflict have perpetuated a culture of blame and distrust on both sides. In the wake of the Mumbai attacks in 2008, voices of reason struggled to find a platform and were drowned out by perpetrator-centric accounts. Overt displays of hard power further strained relations. Adding to this, both countries are governed by inherently patriarchal systems where women rarely are afforded the opportunity to be a part of the decision-making process at the local, regional, and national levels. Their glaring absence, a well-known symptom of democratic deficits, could at least in part help to explain why conflict resolution at the local level finds few higher-level advocates.

Women without Borders (WwB), seeing grassroots female diplomacy as an effective tool in breaking down imagined notions of ‘the other’ and influencing policy from the bottom up, launched its intercultural dialogue project ‘India, Pakistan: Political Conflict Resolution Starts at Home!’ in 2010. As a part of its global Sisters Against Violent Extremism (SAVE) network of projects, sought to provide these female leaders with a platform to convene as alternative messengers and challenge the culture of mistrust.

On the second anniversary of the 2008 Mumbai attacks and in cooperation with local partners in India and Pakistan, WwB facilitated its conflict resolution dialogue in Mumbai that brought together thirty-five women from both countries, many of whom previously had had little personal interaction with the perceived ‘other’. The Indian and Pakistani female experts, activists, and academics—whose lives to varying degrees had been affected by violent extremism—engaged in a cultural dialogue in order to address the prevalent culture of mutual suspicion and fear straining the relationship between their two countries.

In line with its SAVE network philosophy, WwB aimed to harness the unique position of women as soft power-oriented educators in their communities to reach a wider audience and the next generation, and thus to prevent the proliferation of views that fuel radicalisation and contribute to pushing vulnerable youth into radical ideologies and violent extremism.

The alternative-narrative-oriented dialogue enabled the participants to share their own stories and discover how their commonalities trumped preconceived notions of irreconcilable differences. Shared sentiments and grievances came to the fore, and the dialogue narrowed the gap between fostered a deeper mutual understanding across divides. Reduced tensions and deconstructed prejudices helped to lay the foundation for future collaboration: the exchange led to an official presentation of this Mumbai dialogue model in the Austrian capital of Vienna.

In January 2011, four of the dialogue participants—two from both India and Pakistan—met in Vienna to present their take-aways to representatives of the Austrian government. The event sought to highlight the potential of women as civil society actors in eroding common misconceptions that feed the cycle of violence at the local level. In front of an audience of close to one hundred, the four panellists made a case for the central role of dialogue in peace processes and presented action-oriented recommendations based on the Mumbai exchange. Following the presentations, the panellists and audience members engaged in a question and answer session that revealed deep interest in gender relations in South Asia, and in how women can gain agency to combat extremism in deeply patriarchal societies.

‘India, Pakistan: Political Conflict Resolution Starts at Home!’ not only emboldened individual women from both countries to work on bridgebuilding initiatives and towards a culture of mutual understanding; the project also was picked up and published by the press (DNA Mumbai, Hindustan Times, Times of India, among others). In being widely disseminated, this exchange illustrated how grassroots female diplomacy can reach the attention of a wider public and bring to the fore the humanity of ‘the other’. 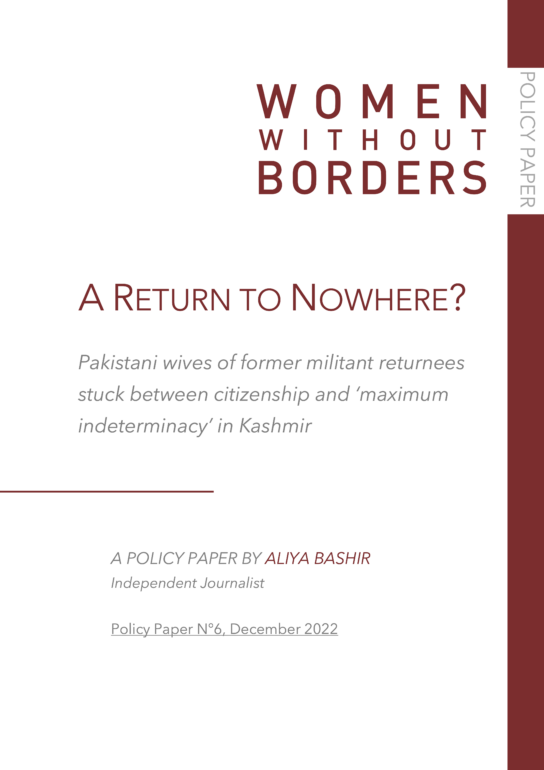 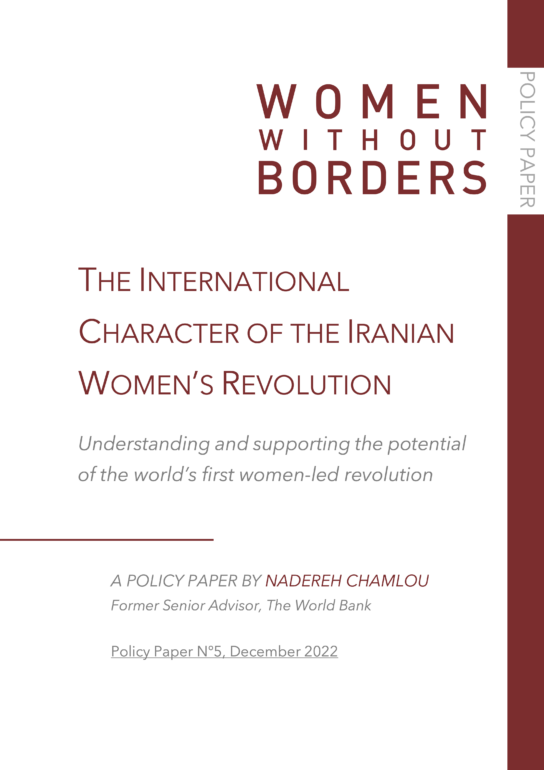